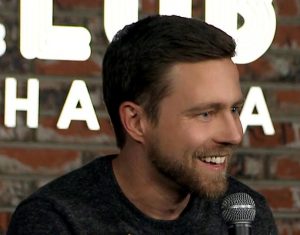 North Hollywood
California
Adam Yenser is a comedian and Emmy-winning writer for The Ellen DeGeneres Show where he stars in the recurring segment "Kevin the Cashier Played by Adam.” He has appeared on Conan, FOX Laughs, and The Greg Gutfeld Show. He has written for The Oscars and been a freelance contributor to SNL's Weekend Update. Adam mixes sharp observational humor with a uniquely conservative political perspective and was named Best New Political Comedian at Politicon 2015. Adam is a graduate of Penn State University and returned in 2017 to serve as a commencement speaker.