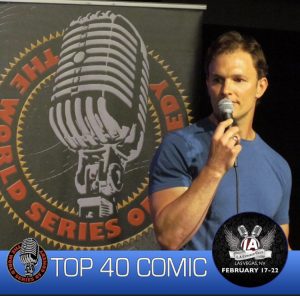 Los Angeles
California
Standup comedian Dale Dymkoski is the world’s deafest, fittest stroke survivor! Originally from Connecticut, Dale was born with severe hearing loss and has worn hearing aids since age three. He channeled feelings of inadequacy into sports and fitness and achieved career success as a personal trainer. As a way to relax and cope with aches and pains, Dale became a consumer and proponent of marijuana. Though no longer a user himself, he strongly supports legalization. After suffering a stroke last year, Dale was lucky to have a swift recovery and is now on a mission to help others overcome adversity through humor. Inspired by George Carlin, Dale’s direct, impactful comedy style is great for an inspirational laugh. TV credits include “Scandal” and “Law & Order: SVU”.