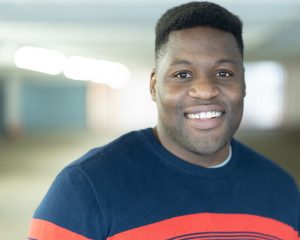 Hawthorne
California
Alfred Konuwa is a stand-up comedian and writer who is frequently published and broadcasted on Forbes as well as Bleacher Report. In 2019, he showcased for StandUp NBC and has made a multiple appearances on NPR as a featured guest of Weekend Edition and Here and Now. With an infectious, high-energy style that is both crowd-pleasing and edgy, Konuwa tackles a myriad of issues with a uniquely absurd perspective to deliver a refreshing viewpoint that simultaneously challenges and entertains audiences. Konuwa has performed in comedy clubs and venues in Alaska, Austin, Texas and throughout Southern California in venues such as The Comedy Store, The icehouse, The Haha Comedy Club and The Comedy Palace.