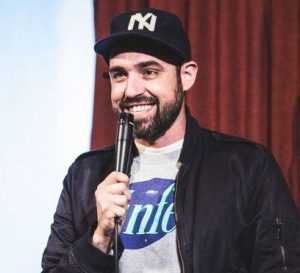 Los Angeles
California
Comedian, Filmmaker, Magician, Josh Edelman is a man of many talents. Brought up in a retirement community in Boca Raton, Florida, Josh developed a unique perspective that he has brought to his many vocations. He is a 3 times finalist in the #UAreFunny comedy competition, a ranked Roast Battler, and is regularly booked at the Improv Comedy Club in Hollywood. Outside of Stand Up, Josh is an Award Winning filmmaker that directed the lauded Stand Up Documentary "Mentally Al" and the festival favorite web series "Best Friends!"