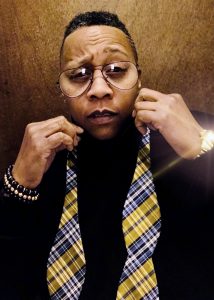 Oakland
California
Tammy E. Clarke is a comedian who was born in born in Brooklyn NYC, and raised in Los Angeles and now resides in Oakland. Her first break was on the spot with “Academy Award winning Actress” Mo’Nique at the San Jose Improv.  She has been working on comedy since 2007 when her comedian friends pushed her on stage and said she should be a comedian.   Tammy has performed at Cobbs comedy club, PunchlineSf, Flappers Comedy Club and many others, also Tammy is A two time Comedy Oakland champion, and on most nights and weekends she works the stage, Telling real life stories that everyone can relate to, she hopes to one day take on the big stages and travel around the world making people laugh.  Laughter, she believes, is healing of the soul.