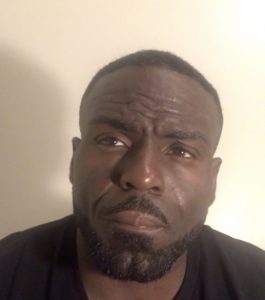 Chicago
Illinois
Growing up in the Windy City of Chicago, Sean Lewis was picked on and found out that bullies kept you around if you made them laugh. With Sean’s observational, anecdotal, sarcastic humor along with the enjoyment of making people laugh, he signed up for a comedy workshop at the Virginia Beach Funny Bone and was deemed the Class Valedictorian. Sean’s comedy education goes deeper than that with the books he has read such as “How to be a Working Comic” by Dave Schwensen, “The Comedy Bible” by Judy Carter, “Step by Step to Standup” by Greg Dean, “Mastering Standup” by Stephen Rosenfield. Sean also has several sketch comedy skits on his comedy face book page: “S.L. Deangelo” which has over 200k views in the last 12 months. Often told his styles resembles D.L. Hugley, Sean’s material touches everything from Parenting, Relationships and everyday situations told from his comedic views of the world. Rather than looking at the brighter side of things you have to look at things from the funny side. His motto “Jokes aren’t meant to be taken seriously” is well known by anyone who has seen or heard his comedy.