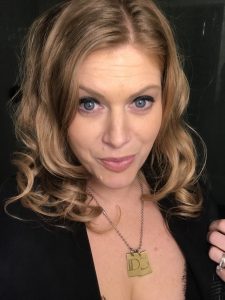 Novato
California
Gina Stahl-Haven is one of the fastest rising comics in the San Francisco Bay Area. She has been performing in the comedy and improv world for over 15 years and is the 2nd Place Winner of the 2019 San Francisco International Comedy Competition (the first woman in 34 years and the only woman other than Ellen Degeneres to hold this title). Gina has been featured in the Boston Comedy Festival, Un-Scripted Theatre Company, SF Improv Festival, Hawaii Improv Festival, on the Andrea Savage podcast, and at comedy clubs throughout the country. Frequently recognized for her captivating story-telling, Gina’s real take on life, motherhood, dating, and navigating Costco; combined with her intoxicating stage presence make her irresistible to watch.