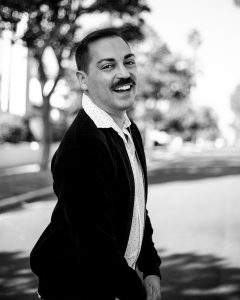 West Hollywood
California
Will Melendez is a Los Angeles-based gay Latino comic. Will was born in Puerto Rico but grew up in Orlando so he considers himself a Disney Rican. Will has performed at all the major comedy clubs in Los Angeles and the San Diego, Oak City, Portland and Big Pine comedy festivals. Will was also a semifinalist at the 2018 and 2019 US Comedy Contest. Although Will loves performing for all audiences, he also enjoys performing for LGBT crowds having performed at the Out at the Vineyard in Sonoma County, Out Fair in San Diego and at the NYC Queer Comedy Competition at the Broadway Comedy Club. Will classifies his material as silly, sharp and clumsy, he speaks Puerto Rican Spanish and has an obsession with his mom's delicious flan.