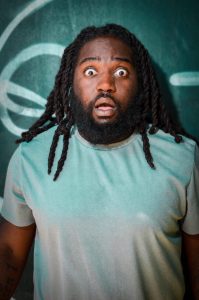 Washington, D.C.
Washington,D.C
Von Mychael, is an up and coming comedian who hails from Chester, VA. Mychael grew up influenced by popular comics like Dave Chappelle, Ellen DeGeneres, Deon Cole, and D.L. Hughley. His work ethic and determination to become a celebrated name in comedy has landed him at the Apollo, where he won 2nd place. Mychael is a 6-time winner of the Funnybone Clash of Comics. He’s opened for heavy weights in comedy such as Damon Wiliams, John Heffron, Jon Reep, Guy Torry and Tony Woodz.