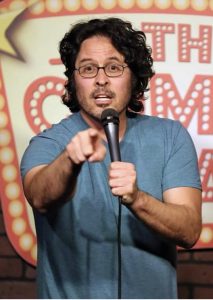 Hermosa Beach
California
Matt has entertained audiences for over 20 years with performances at the nation's top comedy clubs (Hollywood Improv, Comedy Works in Denver), corporate shows (PepsiCo, Boeing, AXA Financial) and international tours including Europe and Asia. He performed at the prestigious Boston Comedy Festival and has appeared on Laughs on FOX. He has shared the stage with such comedians as Charlie Murphy, Bill Burr and Tom Segura.