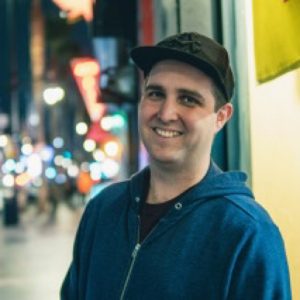 Los Angeles
California
thepopularoutcasts@gmail.com
Pete Buchbauer has been performing stand up comedy all over the country for over 10 years. A native of Winchester, VA he honed his craft in Washington, DC, New York City, and Los Angeles before moving to Los Angeles. Pete has performed at some of the most notable clubs in the country including The World Famous Comedy Store in LA, The DC Improv, Caroline’s on Broadway, Helium in Philadelphia, and The Laughing Skull Lounge in Atlanta. Pete releases his debut stand up album in 2016 entitled “Out of My League” which can be heard on SiriusXM and Spotify. Pete’s sketch comedy and live show production company The Popular Outcasts have been active on YouTube since 2009 and have amassed over 3 million views. Pete produces a monthly show at Skiptown Playhouse in Hollywood.